Why the Enlighten Laser Is The World’s Best Laser Technology 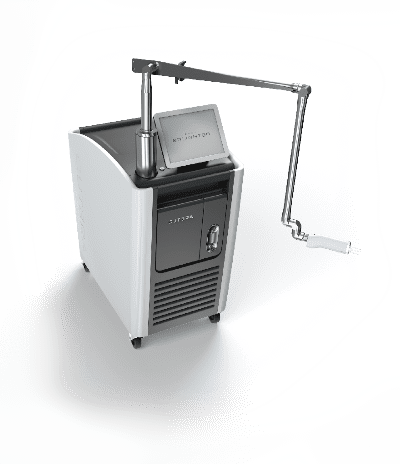 What Is the Enlighten Laser?

Enlighten is a new, cutting-edge laser technology for tattoo removal and other purposes. The previous technology, as epitomized by the Q-Switch laser, was effective at removing tattoos, but it also had a number of disadvantages. The Enlighten solves those problems (such as the need for multiple treatments, risk of scarring and higher cost). The picotechnology, ultra-short pulses are more effective, and result in shorter treatment times (shorter treatments = less pain). This breakthrough technology is one of the first real advances in tattoo removal technology in the last 20 years, which is why Newhope Laser Skin Care is proud to offer it to our patients.

What Makes It Different?

Previously, lasers used to remove tattoos by breaking apart the ink pigments. For example, the Q-Switch, which was the standard of care for a long time, utilized nanotechnology, which delivers laser energy at the speed of billionth of a second. The broken ink particles are absorbed into the tissues and gradually removed by the lymphatic system.

The Enlighten uses a much faster, more advanced, cutting edge technology called picotechnology. Picotechnology delivers greater laser energy at an incredible speed of trillionth of a second; 1000x faster than nano-technology. This causes a rapid thermal expansion that shatters tattoo pigment into minuscule particles, which can be then absorbed more quickly and excreted from the body.

What Are the Advantages of an Enlighten Laser?

Several distinctive advantages exist in utilizing picotechnology over nanotechnology for tattoo removal. Depending on the ink colors and the size of the tattoo, it normally requires only 1/2 the amount of treatments with the Enlighten Laser. Nanotechnology also generates heat with longer duration, which increases the risk of scarring. The Enlighten Laser's picotechnology generates heat 1000x faster, separating tattoo pigment into much smaller particles and at the same time reducing thermal collateral damage to the target's surrounding tissues. Unwanted tattoos could now truly be removed more efficiently with less chance of scarring, less pain and shorter recovery time.

Watch the below videos for more information.

Feel free to email us regarding any scheduling or general questions!